In these time of waiting, one of my favorite activities is to watch series. M and I already went through HBO and Netflix together, so the challenge for me is to find new series that M wouldn’t like to watch but which are good enough for me to spend days in front of.

I watched “the affair” last week and it was actually very good! In the beginning,  I thought it was much more feelings and relationships but it grew really interesting after some episodes. Give it a try!

I tried “Gilmore girls” but nothing for me at all.

Then I went to svtplay, the Swedish TV website. I tried “skam” but again, not for me at all.

I began yesterday to watch “tjockare än vatten” and after 6 episodes,  I can tell you that I won’t do amything else than watching it until seasons one and two are watched. I like how it’s filmed, the colors. Well, my waiting days are saved!

Tomorrow,  the day before Xmas. My plan is to convince M to play scrabble in French (we don’t have the Swedish letters). No snow here anyway and no Xmas tree either, but it will be an all fine celebration anyway.

For now, the app says “pregnancy completed”, but so is not my watching of “tjockare än vatten”,  so no baby today! 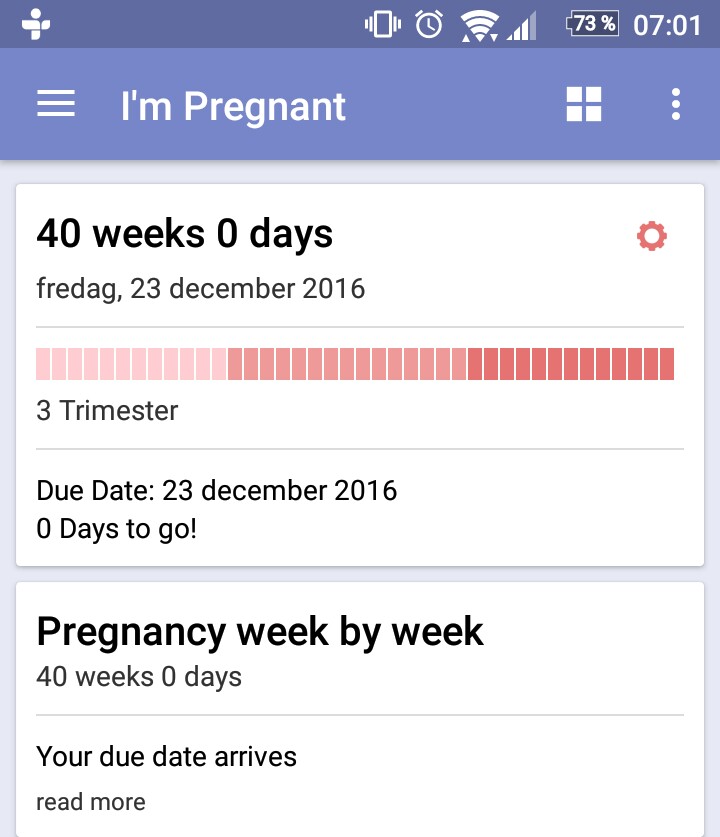