In our new appartment, we have two bathrooms and place for the guests to wash their hands. Nice, huh? but we lack these kind of tiny cute towel to dry the hands in. Since I am a bit closed to my money, I find it expansive to buy new tiny towels when we have tons of them in big format. That’s when THE idea came: I should sew some by myself!

So I went to the fabric shop, bought some cheap but colorful fabric and went home to prepare the operation. I cut small bands of this fabric, ironed them in two:

And then in two again. It took its little time but it is kind of a therapy to sew and prepare everything around a sewing project.

Then, I cut the sides of a big towel, and cut the towel itself in three. The size of each little part was then perfect to become a handtowel. 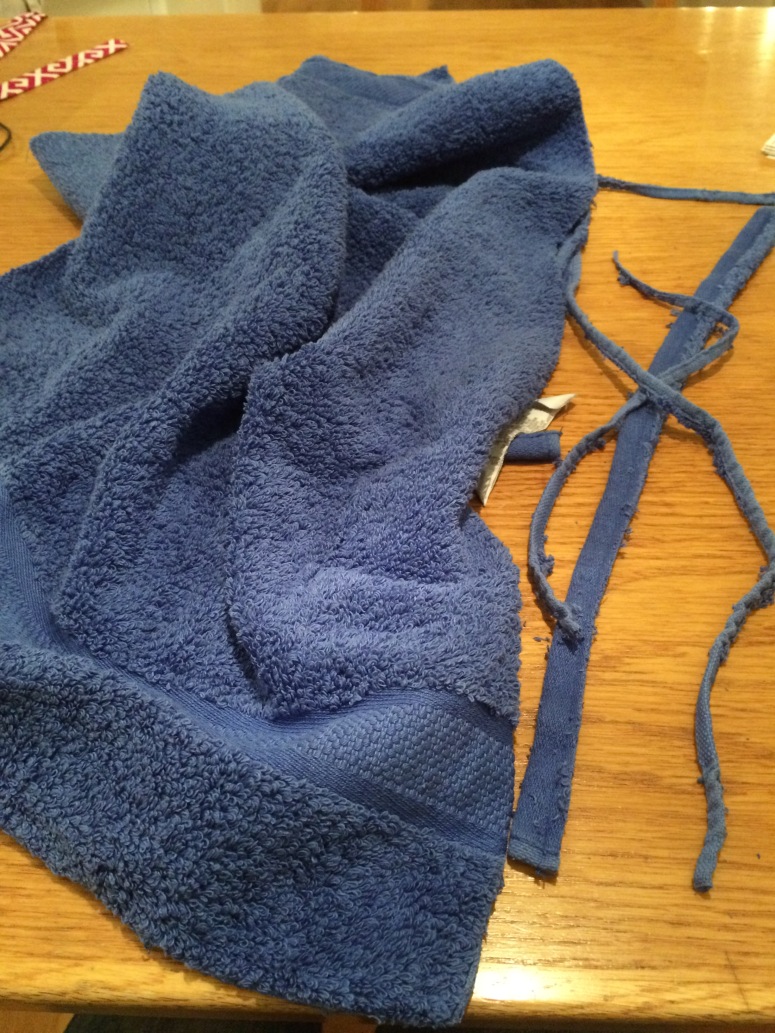 After some pining all around (the corner were the most delicate to fix), it was time to sew the band around the tiny towels. When I was finished with the two firsts, I was tottaly fed up of this. This is actually one of my biggest problem; it is fun to start, but boring to make it until the end. Sicne I was sewing in the kitchen, I needed to be done, M doesn’t like to have a lots of trams around like that.

And look at the result: not bad, huh?